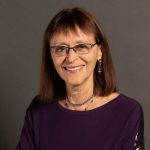 Irene Markoff is an ethnomusicologist and performer who received her PhD in Music (Ethnomusicology) from the University of Washington (Seattle) following M.A. studies in Bulgaria, and undergraduate studies in Western music at the University of Toronto. Irene teaches studies courses, directs the Balkan Music Ensemble, and teaches private lessons in Balkan singing and Turkish bağlama (long-necked, plucked lute) at York. She also contributes to the Graduate Programs in Music and Anthropology.

Irene’s research interests involve aspects of traditional and popular music of Bulgaria and Turkey in the homeland and diaspora as well as Islamic mysticism and expressive culture as articulated by Alevi-Bektashi communities in Turkey, Bulgaria, and Canada. She contributed to the Middle East volume of the Garland Encyclopedia of World Music as a consulting editor and wrote articles dealing with Turkish folk music theory and Alevi expressive culture. One of her latest publications is the chapter “Articulating Otherness in the Construction of Alevi-Bektashi Rituals and Ritual Space in Transnational Perspective” found in the book Music, Sound, and Architecture in Islam, published by the University of Texas Press (2018). Outside of the university, Irene directs and performs with the Toronto-based band Meden Glas, the Bulgarian women’s folk choir Ot Izvora, and the Turkish music ensemble Ezgi.