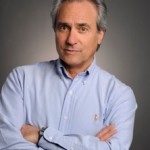 Casey Sokol is a pianist and an inveterate musical explorer. As a performer of classical and contemporary chamber music and improvised music, he has been involved with a variety of musical styles and groups including the York Winds, Canadian Contemporary Music Collective (CCMC) and the contemporary music ensemble Sound Pressure. He has toured extensively as a soloist and ensemble player in Europe and North America. Performance highlights include the Pro Musica Nova Festival, Bremen, and O Kanada Festival, Berlin, Germany; Avignon Festival and Centre Pompidou, Paris, France; Los Angeles Olympic Arts Festival and Expo ’86 in Vancouver; and many other notable venues in Europe, the USA and Japan.

Professor Sokol has also directed and composed extensively for dance and theatre productions, and has produced a number of large-scale musical presentations. His creative collaborations include the conception and production of Cagewake, a music-circus with 150 performers marking the passing of composer John Cage, and the adaptation of the medieval mystery play, The Clown of God, with New York director Andre Serban. He produced and co-directed the North American premiere of Cardew’s epic setting of Confucius’ text, The Great Learning. With Tokyo’s UNO Man Butoh Company, he composed and produced a multimedia performance of the first multi-lingual Renga, a medieval Japanese poetic collaboration.

Casey Sokol’s performances, improvisations and arrangements have been recorded on 12 LPs and an equal number of CDs, and have been broadcast widely on Canadian, European, American and Japanese radio and television. He is a founding member of Toronto’s Music Gallery.

Professor Sokol has been teaching piano, improvisation and musicianship in York’s Music Department since 1971. He was the recipient of an OCUFA Award for Excellence in Teaching in 2001.